Each week it is hard to make a choice of a photo for the Deck Project, mostly because its hard to separate the emotion involved with the image at the time of it’s being taken and the merits of the image itself, but for Week 8 of 2015, I think it’s mostly because I think to myself that I came away from that week, which was mostly Mashramani images, with what I thought of as very uninspiring and “average” images.

Seven weeks later and I was finally able to look at them and chose one that I felt was different, or maybe just not the “usual” of the crop.

Am I happy with it? Yes.  There are quite a few that I’m happy with, but it seems to me that I now want a little “more” from my images than just the “pretty picture”.  I’m not there yet, but I’ll keep trying.

Context:  this reveler was very close up behind the truck, it was 3 in the afternoon, although the sky was partially overcast, the sun was shining nicely down on the parade at this point.

Click on the image to see it in the Gallery.

Each year I normally do a post on the Children’s Parade, then follow up with one that I’d choose for the Deck, this year, call it laziness, or expediency, or simply a desire to show the one that I was excited about, I will do it all in one post.

This year’s parade was marred by some rain, and when I say marred, I mean for me and my equipment, most of the children seemed to quite enjoy themselves in the changing weather 🙂

I got a few good photos, more than a few “eh” photos and maybe one or two better than average ones…

The one I chose for the Deck may not have the same impact on the viewer as it had on me as I am still fresh with the emotion and excitement of the moment…  the rain was still falling, my sister Mary was trying to hover near me with an umbrella (she knows how expensive camera gear is) and the young man who was pulling the main float of the Ministry of Amerindian Affairs had seen me and was dancing and heading straight for me performing all the way.

I don’t normally chimp, but soon after he had passed and there was a short lull in the parade I scrolled back to see if I got anything that was usable, and even on the on-camera screen I could tell, it was about 85% good.  🙂

Click on the image to see it in the Gallery along with the other images for this year’s Deck Project.

This week was the week of our Republic Celebrations in Guyana, which I’ve shared photos from already, as is my custom, I look through those to choose one for the Deck Project.

This year there was no one image that stood out to me as much as this one did.  I had processed it in Black and White and had decided not to include it in the original upload, I was still not sure anyone else would like it.

I like it, it seemed to me to be a moment frozen in time… something more sensual than what was occurring all around… maybe that is why I converted it to monochrome, to remove the distractions.

I hope you see something other than a Mash Photo 🙂

Click on the image to see it in the Gallery 🙂

I’m not sure I ever come out of these events with the right photos… but I think I usually get a few that are nice, and once in a while, one that is very nice.

Mashramani was on a Sunday this year, making the following day a holiday, so it was more relaxed for me in a way, there were a few bands fewer as well, so the last band came earlier than normal, which is good, I always get a bit peeved when the last band comes and the sun is already getting low in the sky

I was without my flash this year, and shooting into the sun without fill-flash was a different experience for me.  Also without my Tamron 18-270mm I felt a bit lost, but I stuck to my plan of attempting it with a borrowed Canon 55-200mm, and I think I did a fairly decent job of it.

I usually cull the set much more than this, but I think that these are fairly representative of the day, and I decided to keep almost all of the first draft.

Click on the image above to see the Gallery on the site for the full set, I will try to do a Select collection soon.

Many readers assume that my photo for the Deck Project for each week is the “best” photo from that week, while sometimes this might be true, it is not always so.  The photo I choose is usually one that can, by itself, make a contribution to the 52 photos that comprise the Deck Project, and it can often have meaning or relevance as a photo to myself more than to readers / viewers.

This photo that I chose for this week may very well fall into that category of not necessarily being the best, but to me it stood out among others from the Children’s Mashramani Parade, this young lady had lots of energy and I liked how her darker skin contrasted with the white costume, and how the touches of coloured glitter accented ever so slightly the celebratory nature of the event.

She was part of the Smalta sponsored band from Chateau Margot Primary School, their main costume was depicting their theme “Princess of Peace and Purity” which they entered in the Ages 8-10 Fantasy Category.  This young lady was not the “Princess” or the main costume, she was one of the banner or standard bearers at the front of the “band”.

Although I am much behind in my current Deck Project, I thought it prudent to choose and process photos from last weekend’s Children’s Mashramani Parade.

As usual, I am seldom disappointed with the parade itself, the Children are always great to see, I often say it is better than the Adult’s Parade…

I will be making a shortlist of these photos soon, but for now you can click on the image below to see the current images in the Gallery

Most of my photographs from the recent Mashramani parade for Georgetown were of one particular style, but somewhere in the middle of all the fast flying shots that I took I managed to capture one that was quite different from the wide shots of the floats or the half-body close-ups of the revellers

I don’t know if it’s the photography book I have been going through, but for some reason this image stands out from the plethora of photographs that I took on Mash Day.

The book is “Through the Lens – National Geographic Greatest Photographs”, and it contains some truly amazing photographs.  I am certainly not claiming that any of mine can class with anything from National Geographic, far from it, but the “feeling” that I got from this one was different from the rest, and I think that it is a better photo for that.

You have to see it large, please click on the image to see it in the Gallery.

For me, this shows a woman lost in the moment; it’s just her, the music, the rhythm, the motion…  alone in a crowd, part of the band bu apart from the band all at once.  This is “the moment” for Mashramani 2013.  I hope you like it.

I know that most people’s Mashramani photos are already out there, and I have to say that this year saw a large increase in not only the amount of photos out there but also an increase in the quality of the photography of the event.

In trying to “cover” the event I take a lot of photos, which means I then have to process those photos.  This year I used two cameras, I had a wide-telephoto Sigma 17-50mm on the Canon Rebel T1i body and the slightly longer telephoto Canon 18-135mm kit lens on the Canon 60D body (my favourite lens for the event, the Tamron 18-270mm, has an issue I cannot resolve as yet, it’s slow to focus, which is not good for moving subjects).  My favourites from these events have always been close shots rather than wide, but I decided to try to get a variety anyway.

As I expected, my favourites are still the close-up shots  🙂

Click on the Image above for the full Gallery

For a hand-picked selection, click on this Link, I selected my favourites, not necessarily the best ones, just the ones I like  🙂

When shooting an Event, it’s usually important to try to get photos that cover the gamut, spans the diversity, from the beginning to the end, so that viewers can get a sense of the whole, but amidst all of that I am usually on the lookout for that one shot that stands out, that transcends the transformation from reflected light, to digital data on a sensor to pixels on the screen and finally to ink on a page.

Does this image from the recent Children’s Mashramani Parade do that for you?  I know it does it for me.

Click on the image to see it in the Gallery, along with the other images for the Deck Project so far for the year.

Since I started carrying my daughter out to see the Children’s Mashramani Parade, I try to go every year.  It is shorter, it’s more entertaining and generally more fun than the Adult’s Parade, partially because you’re not bombarded by boomboxes every 10 feet, or trampled by revelers and spectators alike, as compared to the main parade on Republic Day.

I was disappointed by this years crop of photos that I got, but that’s because I compare it to my previous years’ takings, as well as having a bit of focusing issues with the camera, but I can’t blame the camera alone, I definitely missed the mark somewhere this year.

I still think I came away with some nice ones in the mix, click on the image below to see them in the Gallery, and I look forward to any and all comments  🙂 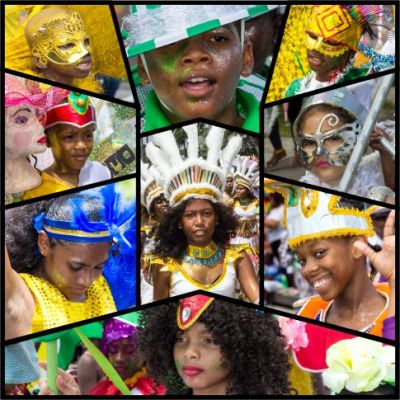 Maybe I’ll get something better from the Adults Parade  🙂

To all Guyanese, at home and abroad, have a Happy Mashramani this weekend!

The Michael Lam Collection's Blog
Create a free website or blog at WordPress.com.